This paper addresses the history of the Nebraska - Pine Ridge border town communities in Dawes and Sheridan counties before and after the Wounded Knee Massacre. Prior to many of the early non-Native settlers, the US military presence at Ft. Robinson and Camp Sheridan set a precedent of how local Natives and non-Natives met in social and economic settings throughout the rest of the nineteenth century. As the US military served more as a police force in western-Nebraska, calls from the east to remove Red Cloud and Spotted Tail agencies out of the state for the oncoming wave non-Native settlers came to fruition by 1878. Then as small groups of non-Native settlers found their way to western-Nebraska, they sought to take advantage of their geographic proximity to the Pine Ridge Indian Reservation for economic purposes. As quickly as the nearby border towns of Gordon, Rushville, Hay Springs, and Chadron formed, Nebraska became a major supply point for many legal and illegal goods and services to the reservation. As the 1880s progressed, the small border towns adopted many of the same social and racial views of that of the US military maintaining its presence in the region. As a result of these economic and social constructs, further animosities toward local Natives escalated through the spread of rumors among settlers leading up to and following the Wounded Knee Massacre in 1890. Often times, these tense moments were mostly rumors or hearsay, but the sporadic moments of violence after Wounded Knee, between Natives and non-Natives, shaped how settlers viewed their Native neighbor. 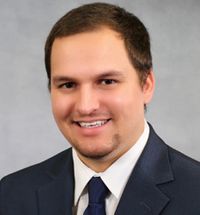 Broc Anderson is originally from Alliance, Nebraska, and found a niche for Nebraska history early on. In 2017, he graduated from Chadron State College with his bachelors in Social Science Education and taught at Gordon-Rushville High School for one year. Broc then continued his education at the University of Nebraska at Kearney and now near the end of his Master's thesis that focuses on a borderland history of the Nebraska Panhandle to the Pine Ridge Indian Reservation. Since August 2019, Broc has been at the Buffalo County Historical Society/Trails & Rails Museum as the Community Engagement Director in organizing events, fundraisers, and many other museum related duties.