Advocating for Women: Androgyny and Activism on the Great Plains

Mari Sandoz’s physical body yields many comparisons with androgynous characteristics that she regarded as beneficial for success and that help aid in questioning those in power. Her appearance works against any stereotypical notion of the frontier feminist and her attitude is reflected in her appearance. She cared little for frivolities, ate for sufficiency rather than indulging, and dressed for utilitarian purposes. Her discussion of pioneers and the Nebraska plains is similar to her appearance; it is nervy, unembellished, and just as efficient. Her high staccato voice is a mirror reflection of how her literary works resonated – with sharpness, crisp assertion, and command. Mari Sandoz and her constructed literary characters allowed her to become an effective agent of social change. The texts Capital City, Slogum House, Old Jules, and Miss Morissa: Doctor of the Gold Trail evidence how Sandoz conceived of a gender ideal and what values she advanced. The identities in these texts ran the gendered gamut from motherhood to masculine and feminine to feminist. Sandoz does not advocate for either end of the spectrum, but demonstrates how a cohesive balance of these characteristics is the ideal to obtain success, yield productivity, and serve as a more functional societal unit. 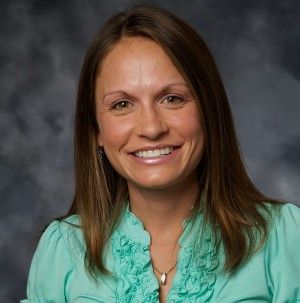 Jillian Wenburg grew up southeast of Sandoz’s Son of a Gamblin’ Man setting, in Arapahoe, Nebraska. She obtained her BA and MA in English from the University of Nebraska-Kearney and was awarded her PhD in English with an interdisciplinary emphasis in history from the University of Missouri-Kansas City this past May. Her dissertation, entitled “Sandoz Writing (Righting) History,” combines close textual analyses of Sandoz works with detailed analyses of her trove of letters. In her dissertation, Wenburg considers how Sandoz transgressed gender boundaries and questioned authority about those she felt were disenfranchised; she also demonstrates the methodology by which Sandoz comments on issues of her time more accurately and, more importantly, the effect of her writing on those issues. Wenburg has discussed Sandoz at a number of conferences including the American Studies Association international conference, regional and national American Culture Association conferences, College English Association conferences, and Western Literature Association conferences. She has received numerous awards and grants in support of her Sandoz and teaching research. She has a forthcoming publication of her essay “How to Train the Grading ‘Dragon’: Synthesizing Technological Tools to Facilitate Grading” with an anthology about Beyond the Frontier:  Innovations in First Year Composition and continues to work on journal and conference submissions related to her teaching and Sandoz. Wenburg is employed as a full-time lecturer at Fort Lewis College in their writing program.