The Untapped Potential of the Mari Sandoz Collection

When Mari Sandoz died in 1966, she left several tons of paper and books in her Greenwich Village apartment. At the time, she may have been the only person to understand the historical significance of this collection and she left specific directions for her sisters to ensure it was preserved for future researchers to use to expand upon and enhance the stories she told about the history of the Great Plains. This treasure trove of primary research material has assisted hundreds of historians, and it has much more to offer researchers in the future, but it has not received the recognition it deserves in the wider Western and American History community. This talk will explore Mari’s intent for her carefully curated materials, trace the history of preserving and promoting Mari’s research legacy, and propose its potential for future historians. 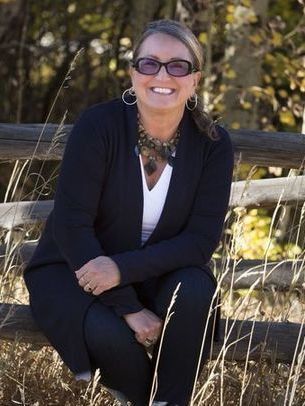 Shannon Smith is the Executive Director Emeritus of the Wyoming Humanities Council, the state’s affiliate of the National Endowment for the Humanities. She started researching Mari Sandoz during her graduate studies in history at the University of Nebraska-Lincoln and while teaching history at Oglala Lakota College on the Pine Ridge Indian Reservation. She writes about women in the American West and is constantly reminded of Mari’s important contribution to Western and Native American History. Like Mari, Shannon grew up in the Panhandle of Nebraska, and has lived in Lincoln, New York, and Denver; she is now living back in her hometown of Gordon where she is working on regional history and cultural preservation projects. She has been involved with the Mari Sandoz Heritage Society for over twenty years.

About the Pilster Great Plains Lecture

In 2006, the late Esther Pilster gave a gift of ranchland in northwest Nebraska near Whitney in Dawes County, to the Mari Sandoz Heritage Society.  The gift, which established an endowment with the Mari Sandoz Heritage Society, was a tribute to her late husband Raleigh, who grew up on the ranch, and his parents John and Grace Pilster. As a beloved teacher and school administrator for 44 years, Esther served 29 years as principal at Boyd Elementary School in Omaha. Esther wanted her gift to honor the courage and tenacity shown by Raleigh’s parents and others who lived on the Great Plains.  The Pilster Great Plains Lecture Series and other programs are funded by the Pilster endowment.