What Were The Populists Thinking?!

The annual Pilster Great Plains Lecture series is presented by the Mari Sandoz Heritage Society and supported by the Esther and Raleigh Pilster Endowment. The mission of the lecture series is to bring speakers of national renown to the Chadron State College campus for the benefit of the college and residents of the high plains of Western Nebraska.

The 2019 lecture is scheduled for September 19th at 7:30pm at the Chadron State College Student Center. The lecture is always free and open to the general public. A reception and book signing will be held following the lecture at the CSC Student Center. The 2019 Pilster Great Plains Lecture will be given by Dr. Charles Postel who will present “What Were the Populists Thinking?!”  A question and answer session will follow the lecture.

About the 2019 Pilster Lecturer 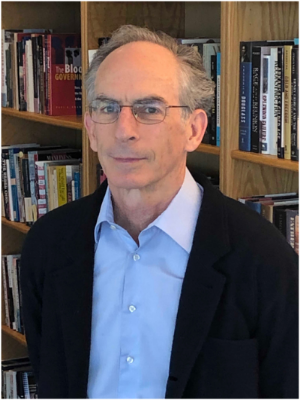 Charles Postel is a historian of American political ideas and social movements. He studied at the University of California, Berkeley, where he received his BA and PhD in history. He is a professor at San Francisco State University, and he has also taught at Berkeley and Sacramento State University. He has been a fellow at the Stanford Humanities Center and the Center for American Studies at the University of Heidelberg, and a Fulbright fellow at the Roosevelt Study Center in the Netherlands. He has written a number of articles, chapters, and essays about the Populist and Progressive movements, as well as the conservative movement. His book about the Populists of the 1890s, The Populist Vision, received the Frederick Jackson Turner Award from the Organization of American Historians and the Bancroft Prize. His brand new book, Equality: An American Dilemma, 1866-1896, is about how in the days after the Civil War, farmers, women, wage earners, and other Americans confronted the savage inequalities of the Gilded Age.